Modern technologies allow for the identification of DNA/RNA and protein markers that might be useful in disease classification and drug development. However, conventional slide-by-slide analysis of human tissues has proven to be a challenging bottleneck, impeding the validation of these important gene and protein candidates. Tissue microarrays (TMAs) are a relatively recent innovation in the field of pathology that may serve to alleviate this problem, with the potential to accelerate the translation of basic research from bench to bedside.

What’s a tissue microarray & what equipment does it require?

The TMA was designed as a high-throughput molecular biology technique for scientists assessing multiple disease-related gene products from a host of tissue samples. It allows large-scale analysis of tissue sections using various techniques, such as immunohistochemistry (IHC) and fluorescence in situ hybridization (FISH), to be performed in much less time and at reduced costs.

Each tissue microarray contains multiple large spots consisting of small histological sections from unique tissues or tumors1. The TMA consists of a recipient paraffin block with various cylindrical tissue core samples extracted from “donor” blocks which are inserted at defined array coordinates. This allows up to 1000 tissue samples to be combined into a single paraffin block for further analysis. The recipient block can then be prepared for sectioning, with each section containing a slice from every core sample, allowing the probed markers to be analyzed under standardized conditions on a single glass side1. This not only makes analysis more consistent across tissue samples it also maximizes the usage of limited or hard-to-replace tissue samples.

However, this new technique requires the use of a tissue microarray instrument to prepare the microarray block. One such instrument is the Galileo TMA CM4600, which is used to acquire the tissue core from the donor blocks. This particular instrument will scan each block’s barcode to ensure proper tracking and placement, and once the core is removed, it will be placed in an empty paraffin block, the recipient block. The diameter of the core and the spacing on the recipient can be adjusted using the instrument settings to the exact specifications defined by the user. Thus, the number of spots on a slide can vary depending on the microarray design, which can then be saved on a spreadsheet, such as Microsoft Excel. The Galileo CM4600 also has a customizable stage that allows different size blocks to be used, including macro tissue blocks and mega tissue blocks, in addition to 96 well microplates when DNA/RNA analysis needs to be performed. Once the microarray is complete, a microtome can be used to generate 5 µm slide cross-sections for further molecular and immunohistochemical analyses.

When preparing your blocks for sectioning, it is also a good idea to have your slides already prepared. This includes printing out chemical-resistant labels for each slide that will be utilized. Slide labels that withstand various harsh solvents and histological stains are recommended for sections that will undergo typical histological analysis. This will ensure that the label does not detach or have the printout smudge during the procedure’s multiple steps and as such, will remain legible and scannable as it will not acquire color from the stains used. If the slides will be used for immunohistochemical analyses, we suggest using more durable labels, such as our HistoLAM labels. These slide labels are designed with a lamination that protects the printed information from prolonged immersion in xylene, as well as high temperature and acidic/basic buffers used during the antigen retrieval process. The xylene-resistant labels are also compatible with automated slide processors and stainers.

Tissue microarrays offer various benefits and advantages over traditional analyses, done on each tissue sample individually. One of the main advantages of TMAs is that they allow much less material to be used. In fact, they also allow the original block to remain intact, with just a few core samples removed. This is of particular use if the block must be returned to another user or conserved for later analysis. The technique allows for a biopsy to generate far more sections than before. Generally, one sample can be cut fifty to a hundred times, but by obtaining representative core samples, each sample can now produce material for thousands of assays, amplifying a potentially limited resource up to 10 000-fold1.

Grouping multiple samples into one recipient paraffin block also permits each sample to be treated in an identical manner. Most techniques used to further analyze the generated slides can introduce slide-to-slide variability that can skew results leading to erroneous readings. By analyzing one batch of samples on a single slide, you can standardize a number of variables, such as temperature, incubation times, washing procedures, and reagent concentration. The use of a single recipient block also has the added benefit of requiring fewer overall reagents to perform the assays. This will also free up laboratory staff, who can now simultaneously analyze a large number of specimens at once. As such, tissue microarrays will decrease the volume of assays a lab needs to run, saving them both time and money.

This technique has a variety of applications in basic research, prognostic oncology, and drug discovery. It has proven to be an effective quality assurance tool. The ability of TMAs to make analyses more uniform allows them to facilitate the standardization of various assays, making results more reproducible across different labs. It can also help optimize various diagnostic reagents, such as antibodies, used in different assays and is viewed as an improvement over currently used controls.

However, one of the main applications of TMAs is their rapid translation of molecular discoveries to clinical applications. TMAs allow for rapid and comprehensive analysis of disease markers, especially in cancer. The technique has been applied to tumor research, allowing clinical validation of newly identified gene biomarkers. Moreover, it can also aid in testing various potential therapeutic targets using tumor samples from specific cancer patients. This has led to the development of different types of cancer arrays, including tumor arrays, tumor progression arrays, and prognostic arrays. Tumor arrays allow multiple tumors to be scanned for a novel marker. In contrast, progression arrays can track the molecular changes through the different tumor growth stages, and prognostic arrays can assess prognosis or patient outcome.

The true benefit of TMAs is in their ability to automate the pathology process. By allowing the simultaneous analysis of up to 1000 tissue samples in a single experiment, labs can perform various high-throughput assays2. This allows large-scale gene and molecular analyses, ideal for collecting molecular epidemiology data that would otherwise be fairly challenging. Moreover, virtually all types of in situ assays can be performed with sections obtained by TMA, such as IHC and FISH. Optimally suited for large-scale expression projects, TMAs can even be used to assess the expression of all human genes in one set of tissues2.

Attempts have also been made to automate the tissue microarray creation process. This includes automated tissue arrayers as well as semi-automatic arrayers that can prepare arrays in an even shorter time than when done manually. Automation is also being applied during the imaging process, such that the microscope slides can be converted into digital images that can be stored, retrieved, and shared through the cloud. Analytical algorithms can also be deployed to identify and quantify various staining patterns and features to accelerate the discovery of new predictive markers. 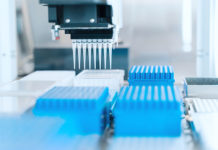 Implementing Automation in the Clinical Laboratory 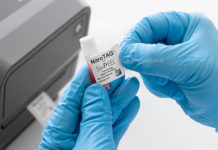 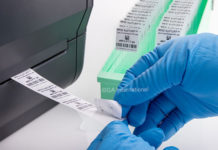