Plant breeding practices go back to the beginning of sedentary agriculture, dating back 9000 to 11000 years. As long as we have grown crops, we have also tried to improve the quality of the plants grown. This process has become far more complex with advancing technology, with us now able to change a plants’ very genes.

Plant breeding is defined as changing the traits of plants to produce specific desired characteristics intended to improve the nutritional quality of the products. The key starting point in any plant breeding project is the selection process. Conventional breeding began using only phenotypic selection. Which crops were used for breeding were chosen by growers based on their experience and what plant phenotypes they had observed to be beneficial. This could be the crops that grew bigger, survived harsh weather conditions better, or grew faster. Though they may not have been aware, this was the first step toward achieving genetic improvement of a plants’ target traits. The advent of computers further refined this selection process, using complicated algorithms to review large amounts of data and initial seed selection factors. Today the selection of seeds used for breeding involves growing plants under laboratory conditions to observe their performance in different environmental conditions, with yield, weight, maturity, and plant height being recorded and compared to existing commercial varieties.

However, plant breeding also uses hybridization techniques to improve crops further. This involves bringing together desired traits found in different plant lines into one plant via cross-pollination. The first step of which is to generate inbred lines, which are then crossed. This invariably will also add certain undesirable traits that must be removed by time-consuming back-crossing over several generations. The crossing of highly inbred lines can result in heterosis, production of rigorous, large-sized, large-fruited plants. However, this effect can be lost after even one generation, forcing farmers to purchase new seeds every year.

The selection of seeds has also necessitated the creation of seed banks, which protect these valuable seeds from various dangers, such as extreme weather, disease, and war. The ever-growing threat of climate change can lead to multiple extreme weather conditions, including natural disasters that have the potential to eradicate entire crops, threatening the world’s food supply. Seed banks can provide fresh seeds to the area affected in order to restore the crops. Seed banks also serve as the primary protectors of crop diversity, storing seeds from various strains of the same plants (e.g., American vs. Asian wheat). Moreover, seed banks supply seed samples to various research institutes for study, as certain plants have proven useful in treating diseases and warrant further experimentation.

Today, there are over 1700 gene banks that hold collections of seeds for safekeeping around the world. The largest of which is the Svalbald global seed vault, located deep inside the arctic circle, with the ability to store a maximum of 4.5 million varieties of crops and 2.5 billion seeds. This seed bank serves as deep-freeze specimen storage for some of the world’s most precious seeds, representing the most extensive collection of crop diversity in the world. Serving as a backup specimen storage facility, the vault stores duplicate seed samples from the world’s crop collections. Its location in the arctic ensures the samples will remain frozen, even without power, acting as an insurance policy to safeguard the world’s food supply against climate change and population growth.

Optimal seed storage requires temperatures of -18°C, with the seeds stored in custom-made moisture-proof containers. Seeds may also be stored in cryogenic conditions, frozen in liquid nitrogen (-196°C), for extremely long storage, up to centuries. The vault’s low temperature and moisture levels ensure low metabolic activity and keep the seeds viable for extended periods. However, the storage conditions required by different seed can vary, with certain types of seeds (recalcitrant seeds) needing to be maintained as a living population. Still, even frozen, the viability of the seeds deteriorates over time, requiring they be periodically removed to produce new seed crops.

With the large number of seeds stored, the long-term cryopreservation required, and the various conditions needed, proper identification is vital to a sustainable seed bank. Cryogenic labels that will withstand the low-temperature environment without failing, smudging, or peeling are imperative. Ideally, durable thermal-transfer labels should be used, printed with barcodes for improved tracking. These cryogenic storage labels should also be chosen based on the type of container used. Given the need to periodically replenish seed collections, plant labels that identify a specific plant throughout its growth, even if re-potted, would also be of use.

Traditional plant breeding methods can be restrictive and time-consuming, often necessitating multiple undesired traits be sorted out by back-crossing, and limited to using plants compatible with the line of interest. So, it is no surprise that discoveries in the field of genetics and DNA manipulation were applied to the plant breeding process in an attempt to speed it up and refine the process. Just used as an analysis tool, this can vastly accelerate the breeding process while also facilitating the identification of new resistance genes. However, gene transfer techniques can take this one step further by allowing desirable traits from non-related plant species to be introduced to the plant of interest. In fact, this technique can even introduce traits present in bacteria, viruses, and even animals.

Genetically modified plants may seem like a relatively new development. However, the first gene transfer experiments with plants took place in the early 1980s. In fact, today, genetically modified organisms (GMOs) represent a much larger percentage of certain North American crops than you might expect. GMOs represent up to 94% of all soybeans and cotton planted and 92% of all corn. These crops have been mostly modified to resist certain insects and to tolerate specific herbicides.

The rise of GMOs has all brought with it new regulations to control their use. While still heavily used in North America, 19 countries in Europe have banned genetically engineered crops. The scientific consensus at present is that currently available food derived from GM crops poses no greater risk to human health than conventional food. Nonetheless, the general public remains skeptical of GMOs. As such, GMO crop labeling is required in many countries, with many believing they need further testing to ascertain their safety long-term. 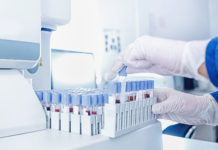 Biospecimen Labeling & How it Will Help Your Lab Effectively Track Data 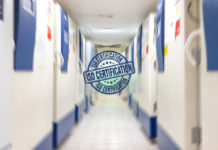 ISO Accreditations Every Biobank Must Know & Why They Matter 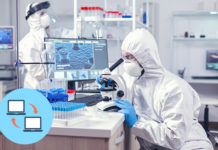