The new generation of mRNA vaccines has been a hot topic in the news lately. With so much discussion surrounding their rapid development and distribution, we thought it would be of interest to review their recent history and why they may represent the future for all vaccine development going forward.

The invention of mRNA vaccines

The first successful use of mRNA in animals was in 1990, by Wolf et al. at the University of Wisconsin1. This was later corroborated by a subsequent study in 1992 by a group at the Scripps Research Institute in La Jolla, California1. However, these firsts forays demonstrating mRNA’s potential as a therapeutic tool would not lead to immediate investment but would lay the groundwork for later studies.

Significant concerns regarding mRNA stability and the inefficient in vivo delivery methods available at the time were the primary reason for the delays in adoption. The next big breakthrough only came over a decade later, when in 2005, researchers finally solved the delivery problem. The team of Kariko and Weissman were able to successfully deliver a hybrid mRNA molecule into cells by using modified nucleosides to get the mRNA inside human cells without setting off the body’s innate defense system.

Based on their work, two companies were founded that saw the potential of using mRNA to develop new treatments and therapies. Those two companies were Moderna and BioNTech. The past few years have seen the publication of dozens of pre-clinical and clinical reports showing the efficacy of this new technology. Early work focused on using mRNA vaccines to treat cancer. However, more recent studies have started to investigate their use against various infectious pathogens, such as influenza and Ebola. However, to date, no mRNA vaccine has yet to be approved for use in human patients. The COVID-19 vaccines currently being developed by these two companies are expected to be the first such vaccines approved for use by the FDA. Physicians and the scientific community at large will be watching intently how these vaccines fair, especially if they cause any unintended immune reactions.

How do mRNA vaccines work?

Vaccines traditionally contain either a weakened or attenuated virus or purified signature virus proteins, which they use to train the immune system to recognize the disease-causing virus. mRNA vaccines work differently, as they don’t contain any viral material. Instead, they contain genetic material that encodes for a specific viral protein. The body then uses this genetic information to translate the mRNA into viral protein directly inside human cells. This mimics the approach used by various viruses, providing the immune system a preview of what the real virus will look like and allows the system to begin to build an immune response. As the antigen is produced within the cell, it can stimulate cellular immunity (involving cytokines and T-cells) as well as humoral immunity (involving antibodies and complement proteins).

There are currently three types of mRNA vaccines in development. These include non-replicating, self-replicating, and dendritic cell mRNA vaccines. Non-replicating is the simplest type; it comprises a single strand of mRNA packaged and delivered into the body, producing the antigen. Self-replicating mRNA is packaged with additional strands of RNA, allowing more significant quantities of the antigen to be made, delivering a more robust immune response. This has the added benefit of allowing a smaller amount of vaccine to be used without loss of potency. Finally, dendritic cell mRNA vaccines have the capacity to present antigens on other types of cells to help further stimulate an immune response. They can be tailored to a specific patient, requiring a sample of the patient’s blood that is transfected with the vaccine and reinjected into the patient. This, however, makes widespread distribution more challenging.

A major advantage conferred by mRNA vaccines is their short development and manufacturing times. As they don’t require the production of a non-infectious virus or handling of any viral protein, mRNA vaccine production avoids the safety concerns that plague cell-culture based vaccine manufacturing. In fact, all reaction components required for production can be obtained from commercial suppliers, allowing them to be quickly designed and standardized in response to emerging infectious diseases. This also makes any modifications or redesigns of the vaccine much quicker to implement, scale-up, and mass-produce. The manufacturing process is also overall shorter, as medical-grade purity viral proteins no longer need to be produced for injection but are instead made by the patient post-injection. This was also the case with the SARS-CoV-2. Within days of the genetic code being elucidated, the mRNA code was available to everyone to begin testing possible vaccine candidates.

The primary drawback of mRNA vaccines is their need for freezer storage (−70°C). As such, efforts are underway to develop formulations that are stable at higher temperatures, making them more suitable for vaccine distribution. Recently published reports indicate that reducing temperature requirements for mRNA vaccines is possible, with certain formulations showing prolonged stability at refrigerated temperatures. In particular, lyophilization or freeze-drying the vaccine, a process that involves removing water prior to freezing, has demonstrated some positive results. Furthermore, the case for improved temperature resistance can be made with the data released by Moderna that indicates its mRNA vaccine is stable at standard refrigerated conditions. It is unclear to date how they were able to reduce the low-temperature requirements of their vaccine, though they say it’s a result of their sustained work on the problem over the past years. In addition, the use of RNase inhibitors can further improve vaccine stability and extend their shelf-life, while the inclusion of an adjuvant may lead to increased potency.

There are still certain concerns about the long-term safety of mRNA vaccines. However, as the manufacturing process for these vaccines does not require any toxic chemicals or viral cell cultures, it avoids many of the risks associated with traditional vaccines. The short manufacturing time is another advantage, limiting the chance of any possible contamination. This does not mean mRNA vaccines are without risk. They have been shown to induce a potent inflammatory response, and there are reported cases of reactogenicity, though they are short-lived in most cases.

Moreover, mRNA is rapidly degraded in the body by normal cellular processes. This has both advantages and disadvantages. In terms of safety, this makes the mRNA vaccines safer, as they have a shorter half-life, though this also requires multiple doses to achieve optimal immunity. Luckily, the newly developed delivery methods allow the vaccine to avoid anti-vector immunity issues and makes them able to be administered repeatedly. This is also the case with the Moderna and Pfizer/BioNTech vaccines, which require two doses separated by several weeks. 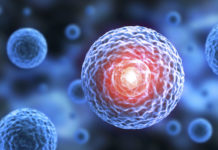 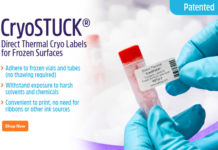