The Society for Laboratory Automation and Screening (SLAS) recently held their second Sample Management Symposium in Boston, MA. I was there on behalf of GA International to cover some of the highlights from SLAS and the new trends in sample management being implemented in biotech and pharmaceutical companies across North America.

Dr. Juan Alvarez began the Wednesday session as the Keynote lecturer for the symposium, talking about how he’s helped implement machine learning (ML) technology at Merck. In describing ML, a subset of artificial intelligence (AI), he noted that ML is akin to a machine that requires input, processes that input, then delivers a specified output, with decisions based on the breadth, depth, uniformity, relevance, and consistency of the data. He stressed that the other things needed for a functional ML system were featurization (fingerprints, SMILES, etc.), a method of performing ML, and a thorough interpretation of the results it generates to assess their validity. At Merck, he specified that they’re currently using ML for a host of functions, such as chemical library design, screening, lead identification, assay testing for drug selection, drug synthesis, and the assessment of biocatalysts.

One fascinating portion of his talk concerned the use of ML in identifying leads for novel targets, where no prior information for potential chemical ligands is available. In general, finding new leads using ML is relatively straightforward for well-characterized targets that have one or many drugs that can be used to train the system to identify other similar compounds. To utilize ML for new targets, they built models using chemicals that affect closely related targets to predict their ability to bind the target of interest. This system also includes ineffective compounds for the closely related targets, which are used as controls.

Dr. Alvarez also noted that target binding doesn’t always identify functional leads, as up to 80% of all screened compounds that bind their target are not necessarily functional. He finished by thanking everyone who has ever published data, including everyone who’s ever worked at Merck, because their ML systems are trained using all the data collected throughout the years.

Jeffrey Gross, director at GlaxoSmithKline, was invited to talk about his research on miniaturized models for screening. He mentioned the need for miniaturized models because of the high failure rate of pre-clinically evaluated drugs in human trials. Ultimately, labs require cell models more closely related to humans, and because these models are relatively expensive, the only way to viably screen for compounds is to miniaturize the assay, thus using fewer cells and reagents.

First, he described a nanowell platform for cell delivery that uses chips composed of thousands of wells, with a 2-step loading process, where a small number of cells (~1-10) are delivered to the loading chip. The loading chip is then flipped upside down adjacent to the assay chip, which uptakes the cells. While he mentioned that the biology of the cells was consistent using this model, it’s inherently difficult to load with small molecules.

Next, he described Aquarray slides, which are similar to nanochips but don’t use wells. Instead, they take advantage of a coating that allows cells to accumulate in tiny sections of the plate. Different sized plates are available, and compounds can be added to each “well” using infinitely tiny drops of around 2.5 nl. While Dr. Gross mentioned that the assay is reproducible with a total volume of 100 nl and that the biology of cells remained consistent, workflow using these plates is difficult as petri dish humid chambers are necessary to prevent evaporation of the droplets and compound dispensing is challenging because of the scale.

When it came to business management models, Viral Vyas of Bristol-Meyers Squibb (BMS) introduced Business Process Management (BPM) during his talk. As large companies, such as BMS, rely on an individual, tailored LIMS to manage each unit of their R&D, coordination between units and departments can become slow and inefficient. Here, BPM systems like Lean Six Sigma and Total Quality Management can be implemented to smooth things over across the entire company.

Vyas stated that a BPM should consist of a process modeler, browser-level forms, an engine that allows you to view input processing in real-time, and additional features (e.g. configurations, dashboards). Ideally, BPM models the entire process across the company, analyzes results, optimizes the process, then repeats the cycle until optimization is at its maximal level.

At BMS, they tested BPM initially with their analytical request process as a proof-of-concept. As the chemists required an electronic lab notebook (ELN), paper requisitions, and excel entries to request reagents, analysts would become inundated with these requests, resulting in confusion on both sides and many errors throughout. BMS used the Bonitasoft BPM platform to simplify everything into 1 system that could be accessed by both chemist and analyst, ultimately saving 11,000 hours per year and yielding a 60% reduction in time spent tracking requisitions. They then implemented the system to 17 other processes throughout the company.

Pierre Baillargeon, a senior robotics engineer, gave an interesting talk about some of the in-house feats of engineering he’s pioneered at Scripps Florida. He began by describing the need to use existing technology for multiple applications, such as adapting an automated plate reader initially used to monitor enzymatic color change assays for identifying the presence of cancer cell spheroids, for quality control (QC) for acoustic dispensing, and for detecting the presence of deformed microplate wells.

He next presented how his group used 3D printers to create everyday laboratory equipment. With everyone on staff trained to use their 3D printers, they manufactured custom microplates, specialized holders, reservoirs, adaptors, and items necessary to repair equipment. They even built an entire series of orbital shakers for approximately $100 each. He noted that because 3D printers are so affordable now, the cost of building these items is drastically lowered, especially for items that usually require a repair service, and that the learning curve for using the printers is relatively short.

Finally, Mr. Baillargeon described how his team made a light-up plate reader that brightens any combination of wells of a 96-well plate. The reader can be used to illuminate wells that require manipulation, to identify artifacts inside wells, to perform QC for microdroplet dispensing, and to train personnel. He mentioned that the blueprints for this invention, as well as many others developed in his lab, were available as open-source documents on GitHub, free of charge. 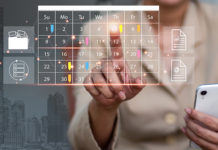 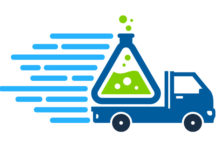 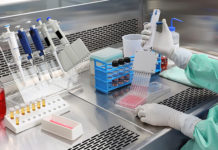