This is a series of interviews delving into the lives of scientists and their research. This week, we spotlight Kellie Brown, a Ph.D. student in Experimental Psychology at Idaho State University. She’s currently working in the Lab of Aging Science and Health (LASH) under the supervision of Dr. Anna C. McCarrey, studying factors that promote health and wellness in older adults.

Studying psychology, physical activity, and cognition in an aging population

Though Ms. Brown is studying aging, her focus is on the psychological mindset of her subjects, many of whom are in their 60s, 70s, and 80s. According to Ms. Brown, the primary goal of her lab is to “promote cognitive health, physical health, and wellness in older adults. The lab is only a few years old, but its goal is to examine these factors longitudinally over several years.” To help achieve this, she looks at how factors like attitudes towards aging, depression and anxiety, feelings of shame or guilt, decision making, self-rated health, forgiveness, and beliefs about health correlate with physical and cognitive aspects of aging.

How does she measure all this? While decision making is assessed with a risk-taking task, Ms. Brown explained that all physical activity measures are performed with either an actigraph for general movement or with a heart rate monitor to determine heart rate variability, specifically during the risk assessment. “With the exception of physical activity and decision making, everything is measured via questionnaire. The physical activity measure is pretty exciting! Our participants get to wear an actigraph for a week, which collects objective physical activity data. You could think of it like an enhanced pedometer or FitBit. It’s worn around their waist to capture their movement. We don’t get actual steps though; we measure the intensity of the movement. The actigraph can also capture movement during sleep, and if worn correctly, it can tell how much time outdoors and indoors our subjects spend. It has light receptors too, so we ask the participants to wear it over their clothes. We try our best to only collect data during warmer seasons to reduce the likelihood of participants wearing the device under jackets.”

Cognition plays a big role in Ms. Brown’s studies, particularly because of the relationship between dementia and old age. “We also conduct a cognitive battery that entails different tests administered in person. Some are through interview and others are timed tasks done with paper and pencil. We tested as much as possible, from short, intermediate, long delay, and recognition memory, mental status, and executive functions.”

The first wave of results

Ms. Brown recently published data regarding the first wave of recordings for 136 cognitively healthy older adults, with the hopes of re-assessing the same subjects every two or three years. Her studies coincide with the “stereotype embodiment theory,” which suggests that self-perceptions of aging, or SPA, act as a kind of self-fulfilling prophecy, where those that view aging positively behave in ways that positively benefit their aging experience later in life. “SPA are basically how older adults view their aging process. They form over time, likely from ageist stereotypes that were held when they were younger. Over many years, these attitudes can turn inward and become applied to the self. Prior research indicates that SPA relates to physical health, longevity, and memory performance.”

Her study attempts to build on previous work, using a more comprehensive measure of SPA to accurately predict psychological, cognitive, and physical health outcomes. “A lot of studies use unitary measures, so one score is supposed to tell us if a person views their entire aging process as positive or negative. We used a measure of SPA that captures five dimensions of it—three negative and two positive. Because aging is multi-faceted, we needed a measure that reflects its complexity.”

Her recent results suggest that it’s the positive dimensions that predict cognitive performance, not the negative ones. “A prior study using longitudinal data with the same SPA measure in Ireland found that it was the negative domains that were more predictive of cognition. However, we found that it was the positive domains instead that were the most predictive of cognition after controlling for covariates. Prior research on stereotype embodiment theory supports this idea, in which SPA acts as a self-fulfilling prophecy in older cohorts. For example, someone who doesn’t expect to have functional limitations with age might continue to exercise and won’t stop performing an activity simply because they’re getting older, resulting in better outcomes overall.”

Ms. Brown hopes to continue her research in experimental psychology and aging, studying longitudinal cohorts of aging and determining predictors of health. “I’ve wanted to study psychology since the 8th grade. I’ve always wanted to understand people and individual differences that make people behave in certain ways. This particular field grabbed my interest because I wanted to better understand why some people seem to age really well while others do not, even members of the same family.” 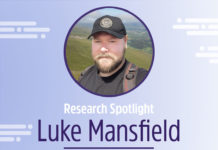 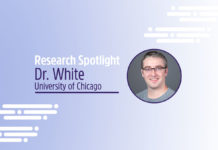