Cryogenics is one of the most important fields that has been integrated into biomedical research. It’s employed to store a variety of samples, including human tissue specimens, blood samples, and primary cells, making cryogenic storage an essential tool for hospitals and research facilities alike. Here, we’ll briefly explore the history of cryogenic storage and how the field of cryogenics has developed within the last century to produce the storage equipment used throughout the world to perform ground-breaking research and to discover new medical advances.

Cryogenics has been around longer than you think

Cryogenics, the study of extremely low temperatures, didn’t truly commence until 1892 when James Dewar invented the Dewar, a vessel that scientists commonly use to store samples. Long before that, though, China began using ice in food. It was 200 BC when the Chinese first produced an ice cream-like food using milk and rice, and the first true ice cream was eaten in China in 618 AD by the King Tang of Shang (this food would later be discovered by Marco Polo around 1300 AD, who later introduced the concept of ice cream to Italy). The ancient Romans and Greeks also incorporated methods of storing ice into their culture, as they used it to cool their drinks. However, while the technology of ancient civilizations portended the breakthroughs in general cold storage that were to come, it was Dewar that truly made the accomplishments of future scientists possible.

The invention of the Dewar

It took James Dewar, a professor of chemistry at the Royal Institution in London, 15 years to develop the first iteration of the Dewar, a silvered, double-walled, glass vacuum container that was able to store cryogens with little evaporation. He began his quest to understand how to achieve efficient thermal insulation and to discern the properties of fluids needed for producing low temperatures in 1877. He finally completed his invention of the Dewar in 1892, after discovering that he could achieve greater insulation using vacuum space powders, like charcoal, lamp black, silica, alumina, and bismuth oxide, along with a silvered surface instead of aluminum sheets.  The Dewar quickly became the leading method of storing cryogenic liquids, with no changes to its initial design for over 60 years.

Several tweaks have been made to the Dewar, the first of which occurred in the 1950s with the advent of multilayer insulation. This insulation, originally designed with the purpose of insulating heat for spacecrafts, is based on the use of gold or aluminized metalized polymer films separated by a polyester or silk netting. In 1969, vapor-cooled radiation shields were discovered in the United Kingdom, which absorb ambient temperate running down the funnel of the Dewar. Vapor-cooled necks were applied in 1975 with a geometric shape that, like vapor-cooled radiation shields, resulted in a minimum amount of cryogenic liquid evaporation.

Cryo protectants also represent a breakthrough in cryo preservation. In 1949, Polge, Parks, and Smith published their findings regarding the use of glycerol to cryogenically preserve avian spermatozoa. Subsequently, Smith showed that it could be used to cryo preserve human red blood cells. Lovelock and Bishop followed up on this research by describing dimethyl sulfoxide (DMSO) as a cryo protectant with a higher cellular permeability than glycerol.

Today the field of cryogenics studies cryogenic temperatures below -180°C (-292°F). These extreme temperatures can be achieved using liquid forms of permanent gases, such as helium, hydrogen, and nitrogen. Cryogenics has also branched out into more specialized disciplines, including cryo conservation of genetic material, cryosurgery (for cancer treatment), and cryonics, which involves cryo preservation of humans and animals with the intention of future revival.

From freezing cells and tissues to the freezing of whole bodies, including baseball legend Ted Williams, cryogenics has been a hot topic within the scientific community as well as the mainstream public. With the increasing quantities of cells and tissues being stored by biobanks and research laboratories, the use of cryo conservation to preserve endangered species, as well as new developments like the successful cryogenic freezing of human tissues without causing cellular damage, it is likely to remain an important field of research in the future. 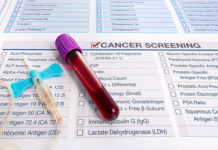 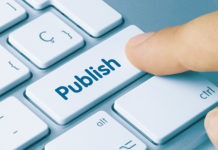 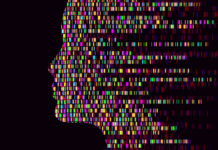